Dwarfism & What An Orthopedic Doctor Can Do For You

Dwarfism is not just a matter of being shorter than average. However, it is not a disease and it does not affect intellectual capacity.

It is clearly visible to others though, and some people would like to be taller than they are. In that case, an orthopedic doctor can help. 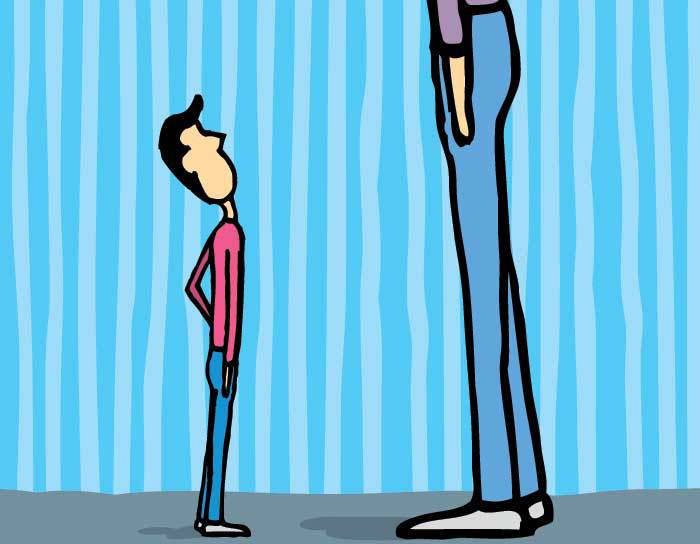 Strictly speaking, a dwarf is an individual standing less than 4' 10” as an adult. Most people with dwarfism stand about four feet tall. It is nearly always a genetic condition or hormone deficiency, and most cases are of a single type called achondroplasia, which makes the arms and legs short in relation to the trunk. In addition to dwarfism, which is more of a medical term, “short stature” and "little people” are terms used to describe this condition.

Some people are perfectly happy being much shorter than average. Others suffer from what is called height dysphoria, or heightism -- being unhappy about being short. There are challenges to being extra-short, such as vehicles, countertops, and furniture designed for people of average height. Ingrained prejudice may affect some people with dwarfism, just as it may affect others who are obese.

As with any medical condition, treatment is tied to cause. Some cases of proportionate dwarfism are the result of hormone problems. Growth hormone deficiency can affect both boys and girls, while Turner syndrome affects only girls and results from a missing X chromosome.

Girls with Turner syndrome have only one X chromosome instead of the usual two. Both of these are hormonally influenced and are treated with hormones.

Limb lengthening is the primary surgical option for treating dwarfism. In fact, this surgery was originally developed specifically for that purpose, although it is sometimes used for other reasons. The treatment takes advantage of the natural healing mechanism that causes the body to form new bone after an injury like a fracture. In this case, the new bone actually builds height. When a person breaks a bone, the body regenerates cells that eventually become filled with calcium; the area forms what is called a callus. In limb lengthening, the callus is surgically induced.

The first step in limb lengthening is your orthopedic doctor will make a cut to the bone. Adjustable metal rods are placed inside the bone; the rods telescope and are adjusted with a screw mechanism. The patient adjusts the rod very slightly, several times a day. Bone regeneration takes place on the ends of the bone, just as it would in fracture healing. The process takes about three months. During that period, the patient must use crutches or a walker, although some degree of weight-bearing is encouraged, as it promotes bone regeneration. Limb lengthening is usually performed on the long bone of the upper arm and upper or lower bones of the leg. The lower leg is usually chosen as both legs can be done at the same time, which is not the case when the upper leg bone (femur) is lengthened.

Healthy adults are the best candidates for this procedure because their bones have stopped growing. Although the surgery can be performed on children, it is technically more difficult and there is an increased risk of damage to the growth plates of the bones. The procedure is not usually covered by insurance. If you have dwarfism and feel you would benefit from limb-lengthening surgery, contact an orthopedic doctor for a consultation.