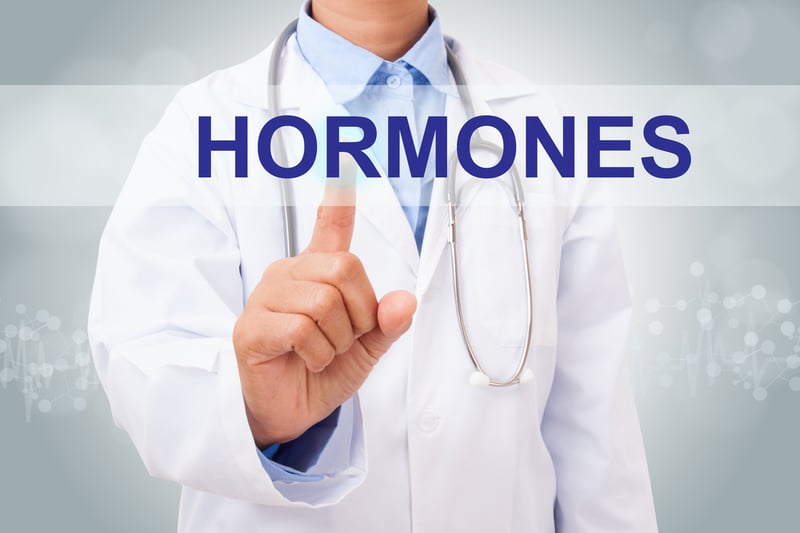 No parent is ever really prepared to learn that their child may not be growing as well as they should due to short stature. The signs are not easily noticeable and can be hard for nonmedical professionals to discern. Many children with short stature due to endocrine-related disorders may meet other developmental milestones but are typically under the average height curve for their age, race, weight, etc.

Some kids are born with a predisposition to be shorter than their peers. Normally, children diagnosed with short stature have parents who are shorter than average height. Yet, there are kids with height deficiencies due to genetics, environmental conditions, musculoskeletal growth abnormalities, or nutrition. There are also many individuals with short statures due to hormonal imbalances or the endocrine system.


What Role Do Hormones Play in Short Stature

The pituitary gland secretes the growth hormone essential to proper growth and development, but it’s not the only one necessary for optimal height in children. Adequate thyroxine (T4), a thyroid hormone, estradiol (girls), and testosterone (boys) levels must exist as well. The pituitary gland is in the brain, whereas the thyroid gland is in the neck and the sex hormone-producing glands are in the lower portion of the body. Though these glands are not close to each other in the body, their synergy directly impacts growth disorders and short stature in children and some adults.

Children's general medically acknowledged growth rate is 2 inches or greater each year. Children who grow more slowly and have a lower rate than 2 inches may at first be considered slow growers or late bloomers. However, growth that consistently lags and falls short of the average may require a growth disorder evaluation to determine the cause and ensure proper treatment and corrective actions are taken.

During growth assessments, doctors use a variety of factors, in addition to height, such as weight, to determine the presence of issues that impair proper growth and development during childhood. Blood tests, medical imaging, and other diagnostics often provide a clearer picture of hormonal imbalances or endocrine disorders that commonly lead to short stature.

This type of hormonal imbalance causes delays in height increases when there’s a decline in thyroid function. This type of thyroid deficiency is often a hereditary sign of congenital hypothyroidism. Everyone doesn’t exhibit the same symptoms. Common issues of hypothyroidism that causes short stature include premature bone age, muscle weakness, and cognitive impairments.

Some children are naturally late bloomers or destined to go through puberty at a much later time than their peers. This can be due to genetics and environmental factors. However, many kids experience constitutional delays in their physical and reproductive development before a short stature diagnosis is considered.

Children with constitutional growth delays often grow and develop as expected during the first year of life. Their height and weight are usually slower and fall within the lower-than-average threshold before leveling off and falling behind. One of the dangers of constitutional growth delays is that they cause delayed bone aging. Children with bones that age younger or slower than their actual age go through puberty later and tend to stop growing much later than their counterparts.

Some people are born with a rare genetic disorder that increases their body’s resistance to growth hormones. Children with growth hormone resistance have abnormal growth and development. They also have delayed bone age and, in rare cases, cognitive and brain impairments. Some are also prone to blood sugar imbalances, delayed puberty, and obesity. Intrauterine growth restrictions, small birth size or low birth weight, and other factors increase the risk of growth hormone deficiency.

Stress affects children a bit differently than adults. It increases the cortisol in the blood, altering the production of growth hormones and, in some cases suppressing the body’s ability to process it. Poor height increases and too much weight are often symptoms of elevated cortisol levels in children. Elevated cortisol levels that cause short stature are often associated with Cushing’s syndrome and other genetic disorders.

Also, it is extremely common for some children undergoing certain immunosuppressant diseases and steroid treatments to develop high cortisol levels that stunt their growth.

Sometimes short stature is a direct effect of the body not utilizing enough growth hormones or a failure to detect their presence. Birth defects, abnormal growths or tumors, and injuries are the most common causes of childhood growth hormone deficiency.

The endocrine system is not the sole reason for short stature or musculoskeletal growth concerns. Height is influenced by a multitude of health and medical factors that can stunt or delay growth and height throughout life, not just during childhood. Those who are born smaller than average or prematurely often catch up and move past their delays within their first few years. A small percentage do not and often require medical attention to help overcome any delays in their growth and development.

Parents should track their children’s growth and physical development to ensure they are meeting them in a timely manner. Delays or extreme deficiencies could indicate the presence of growth restriction or abnormality that may be corrected with treatment.

Contact The Height Lengthening Institute at (818) 698-2752 to discuss your child’s height concerns and learn treatments for short stature that improve confidence, happiness, and quality of life.