It is no secret that shorter males face being stigmatized, stereotyped, and even ostracized throughout many social circles. Whether it be the notion that shorter men have to "compensate more", have a Napoleon complex, or just that girls typically prefer taller guys; any single one of these issues can create huge self-esteem issues. Modern technology has the answer: Height increase surgery. Trained medical professionals are able to surgically enhance your height with permanent effects. If you could permanently increase your height, don't you think your self-esteem would increase as well?

How tall are you? How tall do you tell people you are? How tall would you like to be? Numerous psychological and physical factors come into play when one considers how height directly plays into self-esteem.  After numerous studies, as well as feedback from our clients, here are some of the most common self-esteem boosting benefits of height lengthening that we see repeatedly. 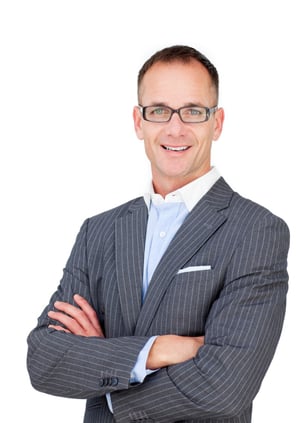 Did you know that the taller you are, the more likely you are to go into higher education? In a similar manner, those of a certain height are likely to earn an average of $166,000 more over the course of their career. Simply being taller is certainly likely to add to your self-esteem, and the financial benefits that statistically follow suit are sure to add to that self-esteem boost as well.

On average, the taller of the two United States presidential candidates will win the popular vote (though not necessarily the presidency). On average, U.S. presidents are often much taller than the average male. We look up to people that we consider powerful. Those without the power and control are considered the little people. A feeling of power, and being looked up to, is often associated with exponentially higher self-esteem.

A study published in Psychology Today 5 years ago still holds true. Those who consider their height to be lacking are likely to feel more vulnerable and paranoid. This stems from shorter individuals overestimating potential danger in various stress-inducing situations. Living in a constant state of fear is never good for anyone's self-esteem.

According to the National Bureau of Economic Research, both males and females who are taller than average are reported to be much happier than their shorter counterparts. Males who were even just an inch shorter than average were more likely to report themselves as living their "worst life". Females were likely to report themselves as being in the same state at just a half of an inch shorter than average. If you're not happy, obviously your self-esteem is going to suffer, no matter who you are.

If you’ve ever looked at yourself in the mirror or pictures and thought, “I wish I was taller” it’s likely you would benefit from height increase surgery. Not only may you become more intelligent, earn more in your career, and appear more powerful, you’ll feel better about yourself. That can be highly gratifying. Take control of your life and feel good about yourself with height increase surgery.