Common Misconceptions About Male Physical Insecurities: The Science and Myths Behind Them 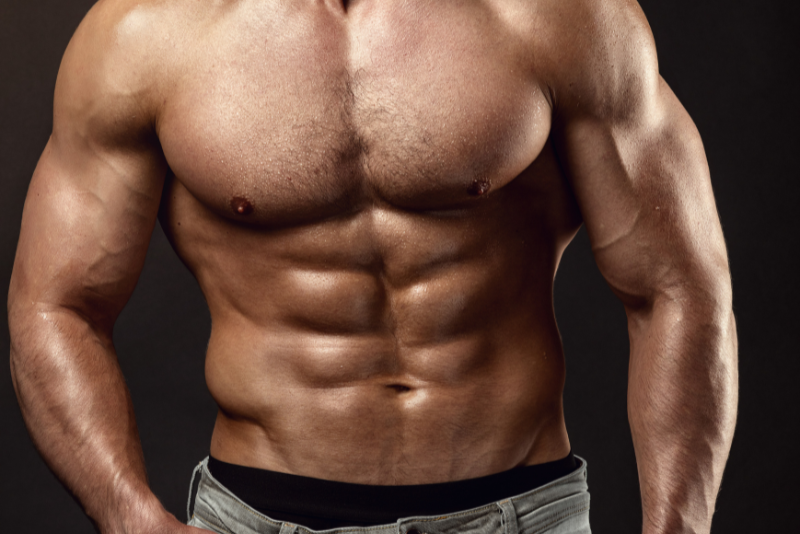 Some of the biggest misconceptions around today involve male physical insecurities. Unlike women, who tend to be quite vocal about their anxieties about their physical appearance, men tend to suffer in silence.

When it comes to common male physical insecurities, much of their impact is related to the theories and stigmas associated with them. Plenty of confident, successful men hide their insecurities from the world because they believe it harms their masculinity. Quite the opposite is true. Confidence is in the eye of the beholder. One doesn't have to be born with perfect features or a killer body to exude it.

Overcoming anxieties and issues about physical imperfections is not always easy, but it's possible with the right information and resources. Let’s dive into the following myths about the male physique and their truths.

Being Strong Means Having a Muscular Body

There are images and references to male strength and muscles everywhere you look. Historically, huge muscular physiques were associated with strength and power. Even in the dating pool, it’s common to hear women talk about how appealing and attractive muscle-bound men are. Though there seems to be a societal preference for muscular male bodies, there’s some confusion about how physical size affects personal masculinity. In reality, it doesn’t.

Strength Is Not All Physical 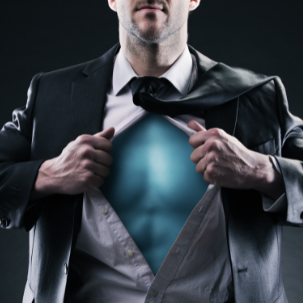 The biggest sign and test of strength is personal character. It doesn't matter how much or little muscle mass a man has, as long as he is of good heart, character, and responsible. Some of the best examples of misconceptions about muscles, character, and strength are seen in Disney’s Marvel superhero movies.

Take, for instance, the fictional character Steve Rogers, aka Captain America. Before Steve became a superhero, he was small and considered a “weakling.” Everyone except a few allowed their misconceptions about strength to influence their interactions with him. He was weak and of no help, and women wouldn't give him a second thought. Leading up to his physical transformation into the Cap., he was a strong and determined individual. His transformation into a superhero only magnified the obvious: he was already strong in mind and heart. Only his body was lacking.

Steve Rogers may be a fictional character, but sadly, many men today have similar insecurities and experiences due to the way people treat them based on their physical size. The difference is there are cosmetic procedures available for most physical insecurities men have about themselves. These procedures are popular, widely accepted, and very safe and effective. However, they don't come with superpowers.

Physical Imperfections Are Unattractive and Unmanly

Studies show that anxiety about appearance and body image is a learned behavior that starts in the classroom and on the playground during childhood. It remains an innate and seemingly inescapable feeling for many men, though few will admit it. Many people associate physical imperfections as less valuable or undesirable. In men, the concept is also widely associated with masculinity. While that concept might be true for certain subjects, such as food items at the grocery store or a large dent in the driver’s side of a new vehicle, there’s no comparison to physical appearance.

It’s All About Personal Preference

Everyone is different, and so is each personal perception of perfection. No two bodies are the same, not even identical twins. Everyone has characteristics that are unacceptable to some and highly desirable to others. It’s just a matter of perception and preference. No one should have to alter their appearance to appease their fans or peers without being fully aware of the benefits, such as boosting self-confidence, appeal, and opportunities.

Hair Loss Is Not Attractive

Hair, no hair, who cares, you do, right? Many men and women obsess about their hair. It should come as no surprise that with age comes hair loss. According to WebMD, hair loss has been a major source of male anxiety or physical insecurity for hundreds of years. Hair loss eventually leads to baldness for many.

Hair loss is normal. As unpleasant as the experience may seem, many hair products, supplements, and hair weaves and wigs are available to make living with hair loss more manageable and acceptable. Middle-aged and older people are the second largest consumer group of wigs and hair weaves.

The biggest myth about height also happens to be a common misconception repeated throughout history; shortness is not attractive, and adult height is final and unchangeable. According to the National Library of Medicine, this was officially debunked back in the early 1900s, with the first documented limb lengthening medical procedures. Though height inequality beliefs remain, it is now possible to increase height by up to 6 inches with surgery.

Men are held to many of the same, equally high standards as women, especially regarding physical insecurities. Though men are not as verbal about what they don't like about their appearances, that doesn't mean they are letting them rule their lives. Ultimately, self-acceptance is necessary. Fortunately, cosmetic procedures and products are available to overcome body image concerns and insecurities on the path to personal satisfaction and perfection.

Today, limb lengthening surgery is one of the most sought-after medical procedures for men seeking to overcome their height insecurities and anxieties. Dr. Shahab Mahboubian, D.O., MPH, performs the limb lengthening procedure at the Height Lengthening Clinic in Burbank, CA.

Visit our FAQs to answer any questions you may have about Height Lengthening surgery.

Visit our before and after leg lengthening gallery.