How Height Can Impact Your Health & Other Areas Of Your Life

A person’s height can impact multiple areas of life, with more height leading to higher income levels, more successful dating efforts, and even more general contentment with life. Height has a connection to many different facets of a person’s health as well.

In the United States, the average height for a woman is approximately 5 feet 4 inches, while the average height for a man is approximately 5 feet 9 inches. Scientists and medical experts have looked at the many different ways height impacts a person’s life, including drawing conclusions about connections between height and specific risk factors for health conditions. 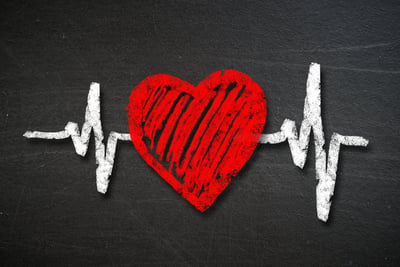 Statistics show that tall people have lower rates of heart disease. A recent study published in Lancet Diabetes & Endocrinology demonstrated that the risk of dying from heart disease decreases by 6%, for every 2.5 inches of height. The reason’s for this connection aren’t entirely clear—one explanation could be that what’s called “over-nutrition” in childhood or adolescence leading to increased height as an adult could also cause hormone production that helps to control cholesterol, lowering the risk of heart disease. An alternate theory is that taller people have naturally larger lung capacity and stronger hearts, also lowering the risk of cardiovascular health problems. Others theorize that the cause is genetic and that the same genes responsible for shorter stature are also responsible for heart disease risk.

The Lancet study also showed that tall people may have a lower risk of diabetes, which may also be explained by over-nutrition in early life. The same factors that lead to tall height may also be responsible for hormone production that has an effect of controlling blood sugar, thereby reducing diabetes risk.

Another study, published in Diabetologia, had similar findings, “Tall stature is associated with a lower risk, with each 10cm (4 inches) difference in height associated with a 41% decreased risk of diabetes in men and a 33% decreased risk in women.” This study particularly noted that there was a connection between leg length and diabetes, with the study’s authors suggesting that growth periods before puberty that impacted leg length also have an impact on diabetes risk later in life.

Tall stature may be connected to a lower risk for stroke. One study showed that the risk of stroke seemed to increase with short stature from childhood—specifically between the ages of 7 and 13—however the study’s authors couldn’t specifically conclude the reasons for this, while other researchers speculate that early life factors that led to increased adult height could also be responsible for factors that determine a lower stroke risk.

Men of shorter stature have a higher risk of dementia, including Alzheimer’s. Researchers again point to the possibility of environmental factors in early life that cause short stature also acting as the culprit for increased dementia risk, although the study showed that even in siblings, a taller sibling had a lower risk for dementia than a shorter sibling.

In the past, studies have had mixed results when trying to find a connection between length of life and height, although many asserted that genes associated with short stature were also associated with a longer lifespan. A recent study found no connection between height and men, but did find that women who were taller than 5 feet 9 inches were more than 30 percent more likely to live to 90 years old than women who were 5 feet 3 inches or shorter.

One important thing to remember with overall health, is that for many of these conditions that have been studied with an eye to a height connection—there are lots of controllable risk factors. Cardiovascular disease, cancer, type 2 diabetes, and even dementia all have a wealth of evidence to support that no matter your stature, you can take many preventative measures to control your health risks.

With advances in leg-lengthening surgery, people of short stature can also take control of their height and have a positive impact on other areas of life. No matter the cause of short stature—whether it is genetic or due to early childhood environmental factors— the benefits of being tall no longer have to be out of reach. Better opportunities for social standing, dating income prospects, and general happiness have all been shown to be improved with increased height.

To learn more about leg-lengthening surgery, contact us today.