My Patients' Experience with the HL procedure: R.E.S.P.E.C.T

There's nothing I love more than hearing about how we have helped improve the quality of their lives. 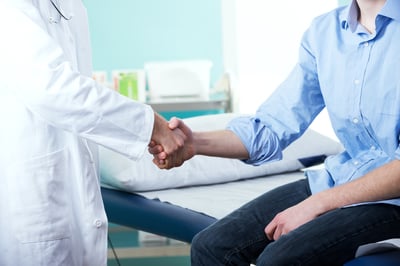 I was speaking to one of my patients the other day who stated that he feels people now respect him much more after undergoing the procedure.  He said that all of his life people would just look at him, and then push him aside or would simply ignore him.  Now his presence is just as important as anyone else's.  The surgery had made such a difference in his life and I want to explain why.

We all deserve respect, both in our professional and personal lives. Unfortunately, for some, obtaining the respect they deserve isn't an easy process. For many, the reason they're denied the respect that should be automatically given is they aren't as tall as everyone else. It's not fair, but society places a great deal of importance on a person's height. If you're considered short, you’re often ridiculed or ignored.

It doesn't matter how good or successful you are; if you're shorter than what people consider normal, you'll likely suffer from extreme lack of respect. Muggsy Bogues provides us with a classic example of the type of disrespect that tall people continually hand out to those who are shorter than normal.

Muggsy has the distinction of being the shortest man to ever play in the NBA. He was only 5'3" but that didn't stop him from having a fourteen season-long career. The first thing people noticed about Muggsy was that he was short. The second was that he was quick and a really good basketball player. Despite his height, he was an asset to each of the four teams he played with. One game paired him with the legendary Michael Jordan. During the game, Jordan called Muggsy a midget before daring him to take a shot. Muggsy threw the ball but missed the basket. That was the beginning of the end of Muggsy's career. He believed the toxic lack of respect he received from Michael Jordan combined with missing the shot messed with his psyche, making impossible to continue to play as well as he had prior to the episode.

Issues with height aren't contained to the basketball court. Every single day, patients tell me sad stories about how they're overlooked at board meetings, aren't hired for certain jobs, struggle to date, and even have the quality of their work questioned, all because they are short. This constant lack of respect eats away at their self-confidence until they start second-guessing everything they do. The constant lack of respect can lead to depression and other psychological problems.

Height Lengthening is one way of laying claim to the respect you deserve. Once the procedure has been performed, you may discover exactly what my former patent did. When you walk into a room, people will listen to what you have to say. You'll no longer be pushed aside or treated as if you're irrelevant. You'll no longer be the butt of embarrassing jokes. You will be astounded by the number of different ways a height lengthening procedure improves the overall quality of your life.

The best way to determine if Height Lengthening is for you is by contacting us. We'll discuss the different types of treatment options and how the procedure can change your life. The consultation serves as an educational opportunity and is the best way to gain more information and see if the procedure is suited for you.