How Height Carries Your Confidence And Authority For Success

It is hard to believe that height makes a difference in how you are treated and even the degree of success you achieve – but it is true. Height is associated with power, we ‘look up’ to people who we think are superior (both figuratively and literally).

Even though adult height isn’t usually determined as a child, children understand the liabilities of being the shortest kid on the team at a very young age. Nicknames are hard to shed. Being called a shorty can stick with boys and girls long after the name-calling actually stops.

The amount of confidence and self-esteem a person has can be directly linked to stature. Being smaller than average can have a negative effect on the way people see themselves. It can reduce any positive attributes they may have and diminish their self-esteem. Being shorter than average can also make a person feel more vulnerable.

Of course, not all people with a short stature have low self-esteem. There are many shorter than average people who are confident and successful. They present themselves in the best possible way by taking action and developing good habits that get them through life in a positive manner.

Unlike being short, taller than average stature is related to social and physical stereotypes in women and men, but in a positive manner. Taller men are perceived to be stronger physically and women may feel more protected by a taller man. Taller people are perceived to be more competent and to have more leadership qualities than their shorter counterparts.

A person’s height can be fodder for many stereotypes. From assumptions that tall men are all basketball players and short men have Napoleon Complex, it can be frustrating to deal with. A shorter than average male can be stigmatized early on.

Being short during elementary school may make a person look and then act younger than their chronological age. They may try to overcompensate for being short by becoming overly assertive and even belligerent. On the other hand, they may prefer to overcompensate by being the class clown. A shorter than average child may even be overprotected by their parents.

An interesting study about height 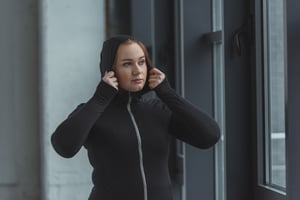 People who are below average in size can also change the way they view how other people accept them. They may experience fear when there really isn’t any danger.

An interesting study cited in Psychology Today tells about participants who were able to take virtual reality journeys twice, each at (perceived) different heights. Without the participant’s knowledge, during one journey the height difference was approximately a head’s height shorter than during the other journey.

What they found was the participants felt weaker, and more vulnerable while doing the virtual reality journey using the shorter perspective. They felt people were staring at them but didn’t know why. They experienced feelings of intimidation and of being defenseless.

What this shows is confirmation that fear and low confidence can be a direct result of being shorter than average.

Height and success – perception is everything 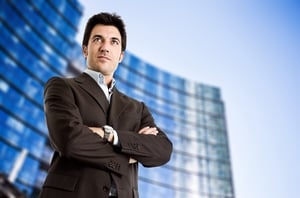 Height definitely affects how people perceive themselves and is reflected in their behavior. Taller men, for instance, have higher levels of self esteem and confidence than shorter men. This influences their behavior, which in turn reflects how they are treated by others.

You may wonder if this is one of those ‘what came first, the chicken or the egg’. Whether shorter people perceive that they are thought less of, or if they really are – their perceptions are real and may lead to the reactions they receive. You can’t tell someone to be more confident, it has to come from within.

How tall are you? How tall do you want to be?

Being tall can be a life-long dream for many people, men and women alike. The great thing is, it doesn’t have to be just a dream. Limb-lengthening surgery originated to help people with dwarfism or limb deformities. Over time and many technological improvements to the surgery, it is now offered as a cosmetic procedure that will help you add several inches to your height.

You can find out if you are a good candidate for this life-changing procedure by contacting an orthopedic specialist. Make sure you find the right specialist - one who has had the proper training, experience and education so that you will have a successful outcome.

When you have limb-lengthening surgery, you can change your life and gain the confidence you’ve always thought was out of your reach. Live your life to its fullest with this amazing procedure.