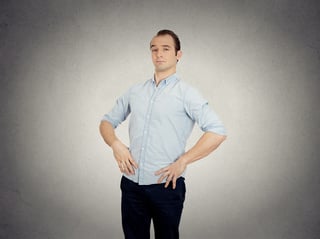 Are you unhappy with your height? If you are shorter than average, you may feel self-conscious about interacting with others and you may have had unpleasant experiences related to your height.

When people look down on you – literally – you think everyone notices how short you are. Many short people, primarily men, suffer from what is referred to as the Napoléon complex. It is an informal term that refers to a form of inferiority complex that comes from being shorter than the average height. It is also used as a derogatory term used to describe someone who is perceived to be acting in an aggressive manner. 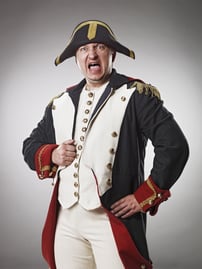 Many people who are short in stature suffer from what is called the Napoléon complex or short man syndrome. The Napoleon complex is a result that began in the early ages and was named after Napoléon Bonaparte - who was the Emperor of France. He compensated for his short stature by seeking power, conquest and war.

Oddly enough, Napoléon was actually five feet seven inches – which was an average height at that time. However, his soldiers were very tall and broad, making him feel small and he needed a way to compensate for his stature. In order to make him feel taller than he was, he lowered the height requirement for his officers.

How the Napoléon Complex begins

The derogatory social stereotype of the Napoléon complex or short man syndrome is a complicated condition. It can manifest in many ways. One of the most common traits is aggression. This can begin early in life by the way they are treated in early childhood. Children can be cruel, and a child that is shorter than most can be a target for being made fun of, bullied and name-calling.

As the child gets older and the treatment by others continues, the child may deal with his short stature by becoming aggressive.

Other traits of the short man syndrome 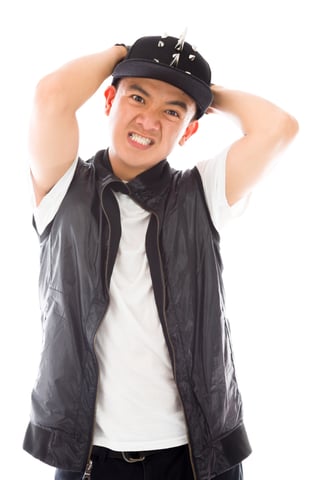 Many times, it is the perception of being short that drives a person to some of the traits of the Napoléon syndrome. Some reactions of others regarding height may be perceived as negative by the short person when they may not be. A person with the Napoléon complex reacts in an aggressive manner and may even initiate the aggression.

A person with the Napoleon complex may also become more jealous than the average person. This may result in difficulties in relationships and dating. Jealousy of those who are taller is also a problem that some short people have.

A person who is perceived as having the short man syndrome may seek attention by talking loudly in order to be noticed. They may choose risk-taking activities and behavior in order to show their bravery. These behaviors are a way to protect themselves from the disadvantages of being short and to raise their level of self-confidence.

Some try to make light of their stature, turning to comedy or joking about their shortness.

The reality of being a short man

Being a short man has legitimate disadvantages besides the obvious ones of not being able to reach high shelves or dunking a basketball as good as their taller than average team-mates.

Most women like taller men. It’s true. Dating websites have reported that many users discriminate against short men. There are very few women who are taller than their male partners. (Nicole Kidman being an exception. She was nearly four inches taller than Tom Cruise – and is an inch taller than Keith Urban.)

Short men are more prone to social discrimination. As mentioned above, shorter children are more likely to be bullied – which causes them to grow up feeling self-conscious and not able to trust their surroundings. They may find it difficult to win respect from their peers. Even as adults, shorter people often look younger than they are, which causes embarrassment in social gatherings.

Being discriminated in the workplace is also a common problem for short people. Studies have shown that they are often paid less than their taller counterparts and also are passed over for promotions.

There is a way to become taller!

Many people, especially men of short stature, dream of being taller. You can turn your dreams into reality when you have limb-lengthening surgery. Once used primarily for dwarfism and limb deformities, this surgery is now used to make people taller.

Limb-lengthening surgery is performed on the leg bones. An orthopedic surgeon makes an incision in the tibia, fibula or femur (thigh bone) and an adjustable metal rod is inserted. The rod is adjusted a very small amount each day using a magnet, pulling the bone apart. Your body will heal itself by building new bone, tissue, nerves and blood vessels to fill in the space. Over time, the bone grows longer – adding to your height. The entire process and full recovery will take approximately 4-6 months.

Talk to an orthopedic surgeon to see if you are a candidate for this life-changing surgery. With limb-lengthening surgery, you can expect to gain 3-6 inches in height!